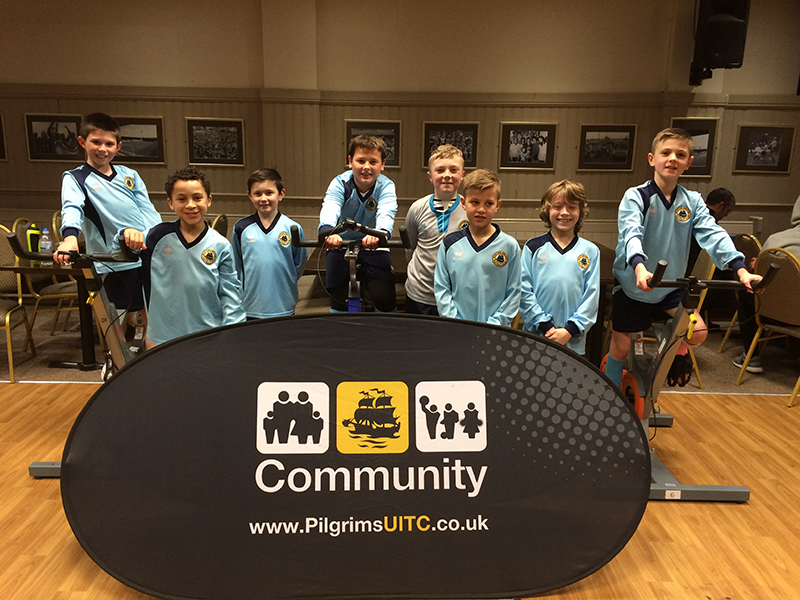 United in the Community, and Boston United’s Community Football Club, Centre of Excellence and Youth Team are all going head to head in an 18-hour static Bikeathon race covering the distance of travelling to the North, South and Premier Conference Clubs from Friday 20th to Saturday 21st November to help raise money for their various youth projects.

The three teams will be responsible for ensuring their bikes are continuously running over the full 18 hours in a head to head race to the finish line – United in the Community staff and Youth Team will cover 880 miles to the North clubs, their grassroots Community Football Club will cover 1032 miles round the South and their elite football development programme will cover 1338 miles round the Premier clubs.

“We are a not-for-profit organisation with a variety of community projects, including our community and elite football development programmes, and Youth Team who are taking part in the bikeathon. The aim of this event is to raise funds for these various projects, which in turn will help us to further improve the services provided. One particular area that has made headlines recently is Grassroots football, and we want to show we are working hard to sustain Grassroots football in the area,” says Holly Maidens, Funding and Strategy Officer.

The Bikeathon challenge will start in the Pilgrim Lounge at 6pm on Friday 20th November and finish at 12pm on Saturday 21st November. Each participant is to seek sponsorship, but you can also make a donation by calling Ceri Jackson on 01205 364406 or email ceri.jackson@bufc.co.uk. Conference clubs are also being contacted to make a monetary or prize donation, which will be auctioned at a later date. If you are involved at any of the Conference Clubs and would like to make a donation please also contact Ceri Jackson.