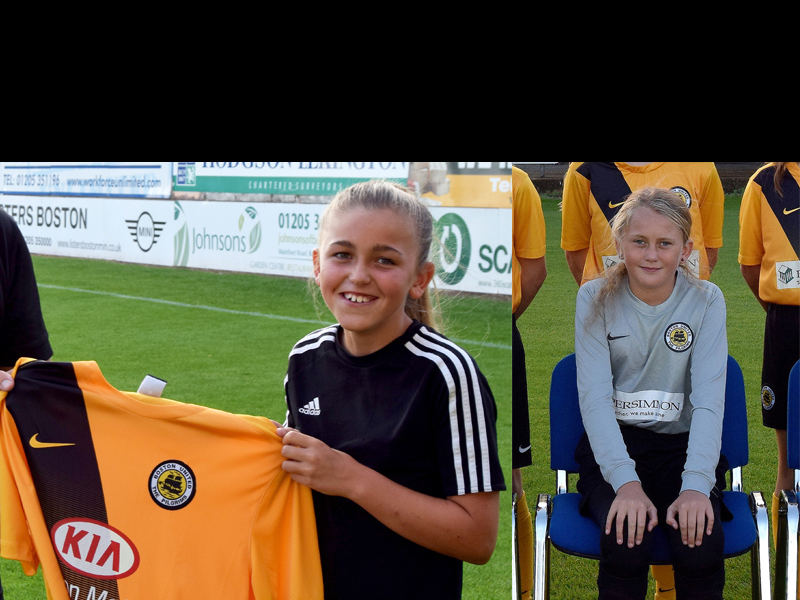 Boston United are delighted to announce that two of their Girls RTC players have been selected to attend an FA Girls’ Regional Development Training Day in March, which is on the FA England Talent Pathway.

Ava Houlston (Under 14) and Deanna Boon (Under 12) will both attend the Regional Development Training day on Sunday 18th March in York – providing a fantastic opportunity for these young players to train alongside other talented female footballers across the region, and progress on the FA Girls’ England Talent Pathway.

Ava is currently with the Under 14s and her second season with Boston United, having previously been a Centre of Excellence player with the Lincolnshire FA. Ava is predominantly a right sided midfield player that is comfortable playing in various outfield roles.

Deanna is the Under 12s goalkeeper and signed for Boston United part way through the season. She is an extremely gifted goalkeeper, showing a great deal of promise. She has attracted interest from the FA Technical Coaches who are keen to progress her development, even though she is still a year younger than others who will be attending.

“This is a fantastic achievement for both girls, especially considering Deanna is a year younger than other girls who will be attending. This is an incredible opportunity for their development in football, and we’re very proud at Boston United. Following the Regional Training day in March, we hope that the girls will then be invited to attend next seasons’ National Performance Camps, which commence in September – but we will have to wait and see!” says Holly Maidens, Girls RTC coordinator.

If you would like more information about Boston United’s Girls Regional Talent Club, please email girlsrtc@bufc.co.uk or call (01205) 364406.