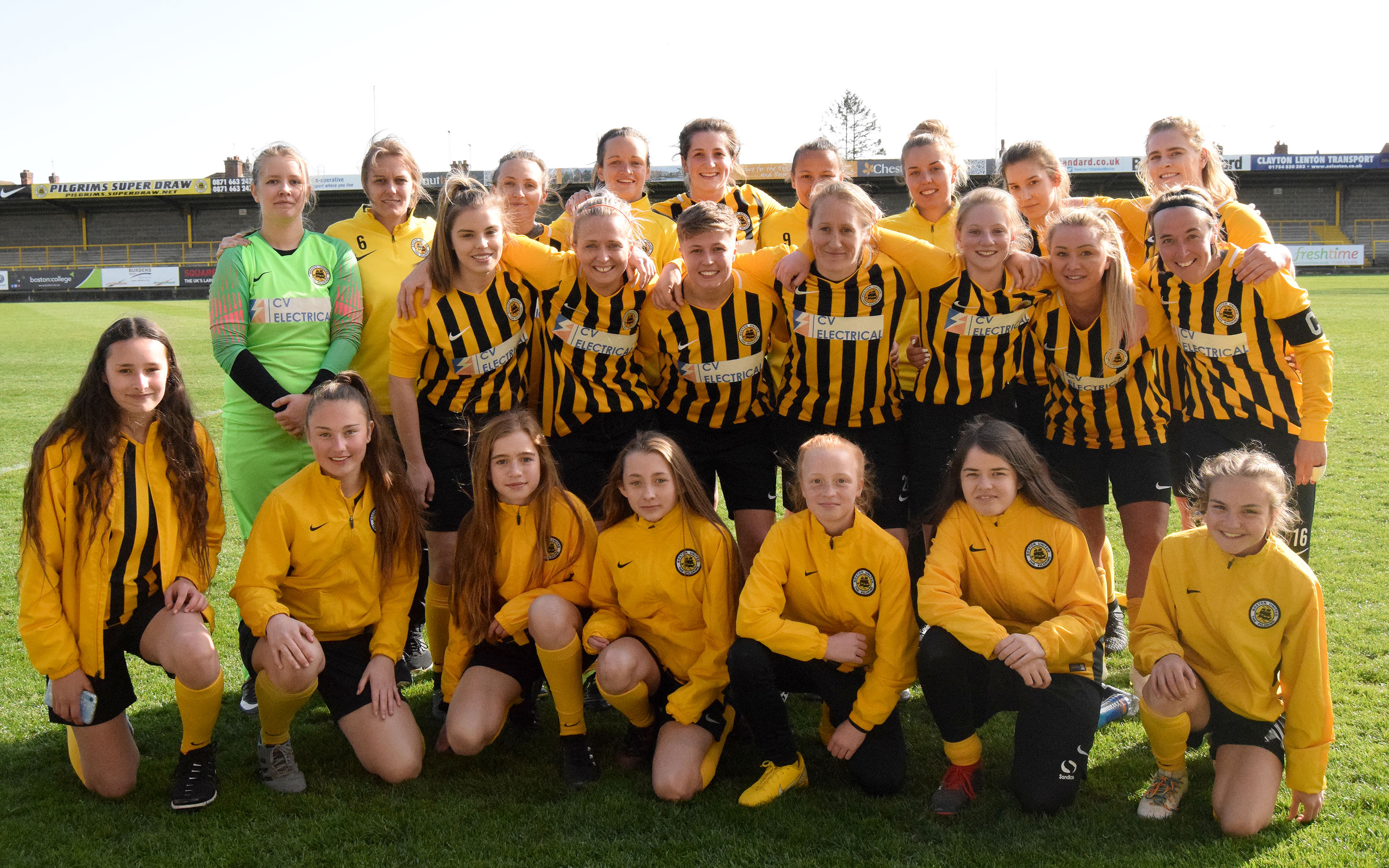 Local charity, Boston United Community Foundation are on the hunt for the next generation of female players after receiving a £6,000 Grow the Game grant spread over three years.

The scheme, which is funded by The Football Association and delivered by the Football Foundation, will enable Boston United to create a new Ladies team to sit alongside their Premier Division first team, two new Under 10s girls teams and a new Under 16s team – providing a significant boost to opportunities for female players in Boston and surrounding areas in Lincolnshire.

The Grow the Game scheme sees grants awarded to community football clubs wishing to create new teams, especially amongst under-represented groups. With the funding, the club will be able to offer these new teams, bringing their total to eight female only teams – a fantastic pathway for girl players from Under 10 to Ladies football.

This year, funding was made available for clubs looking to create new female and disability football teams – and this funding can also be used to assist towards the costs of FA coaching courses, FA league affiliation costs, referees’ fees, first aid kits, football kit and equipment.

Boston United’s Technical Director Lee Mitchell said, “Securing the grant from The FA and the Football Foundation is an important step for us to continue to provide quality coaching and teams to support female participation, growth and development for the local and surrounding communities. It will ensure a clear developmental pathway for all our female players so that they can continue to play and develop under our programme, right from the foundation phase (younger ages) all the way to the ladies first team.”