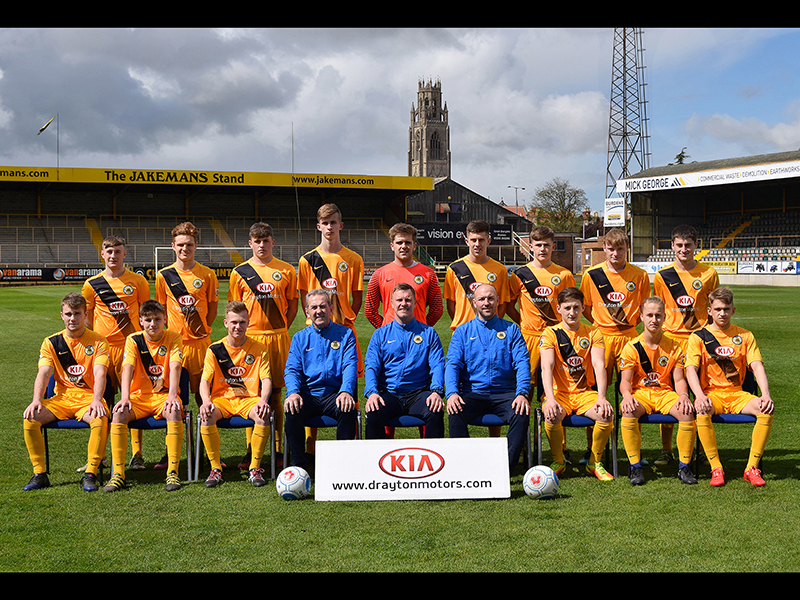 We are delighted to announce Drayton Motors will continue shirt sponsorship for the Youth Team and Under 21s into the 2017-2018 campaign.

The Swineshead-based Kia dealership, who enter the fifth year as first team sponsors — have also sponsored the club’s under-21s and youth team for a second season.

“We are delighted that Drayton Motors will once again feature on our shirts for the 2017-2018 season. The support provided by Darren Bradford and the team at Swineshead has been nothing short of fantastic over the last four years and we look forward to building on that success during the season ahead and beyond. The Youth Team had an exceptional season, winning their National Youth Alliance league and the Under 21s won theirs the previous year. We are pleased to have the local company on board as sponsors for another season. ”

Drayton Motors pride themselves on excellent customer service while delivering value for money and can be found on The Drayton at Swineshead, stocking a range of new and used cars, predominantly across the Kia range.

The Pilgrims’ sash home shirt — featuring the Drayton Motors logo — will continue for 2017-2018, while a new away shirt will be launched in the near future.