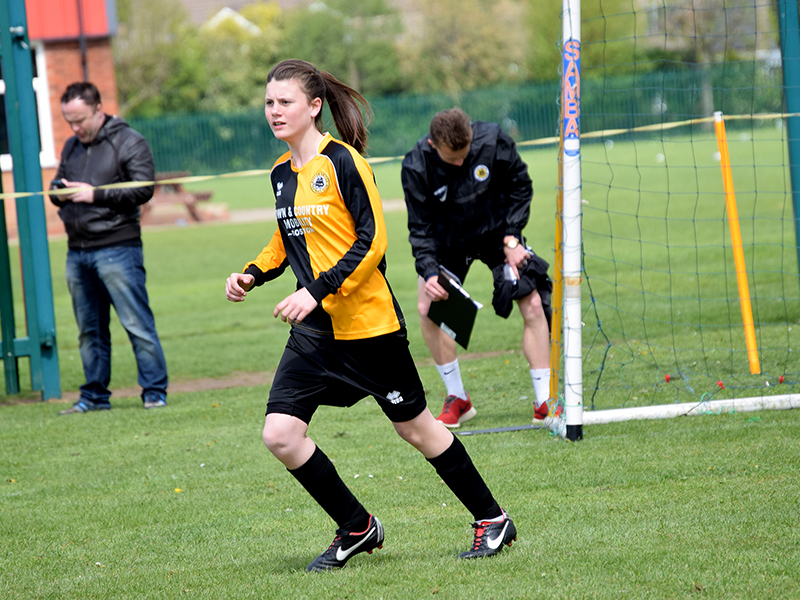 Tiana, who is a member of the U15’s Boston United Community Football Club team, has shown fantastic commitment in girls’ football, which has been reflected on her making the England Talent squad. She joined the community club to play for the U8s in the 2008/09 season, when Boston United Community Football Club first started. Over the years, her confidence has grown and she has become a creative player who’s never afraid to try something new.

Attending the trials for the FA England Pathway ACC U15s in August, Tiana was invited back to attend for four weeks of further trials. After just three weeks it was confirmed she had been selected for the U16 Squad. Showing her commitment to football, she now trains weekly with the England Pathway squad, as well as continuing her weekly training with BUCFC whilst playing matches in The Peterborough Youth League.

Football Coach for the U15’s Dwane Groves, said “We’d like to congratulate Tiana on her outstanding performance and for her commitment – she is a fantastic role model and an inspiring player. This is a massive achievement for her. She is always willing to try her hardest, is well respected amongst her teammates and everyone at BUCFC, and is extremely dedicated to playing and enjoying football. We’d like to wish her the very best of luck with her England Squad development and BUCFC U15s.”

On top of her fantastic achievement with the England Pathway Squad and BUCFC, Tiana is also a newly Qualified Referee and is often seen helping younger players to enjoy the game as well as referring on a Saturday morning. Her dream would be to play with the England ladies first team, The Lionesses.

“As well as training and playing fixtures, BUCFC teams also enjoy trips out. The BUCFC U15s are going to St Georges Park in October, the home of all England Football Teams and training facilities for both Premier League and International teams. The team will have a tour of the facilities and will enjoy a training session there too so they can see how the elite players of England and teams such as Barcelona train when they are there. It is an inspirational place, and I hope it will help players on their pathway of development,” said Dwane.

If you’d like more information about Boston United Community Football Club, or would like to join please visit our BUCFC page or call 01205 364406.