From ‘Couch Potato’ to Couch to 5K

‘Couch Potato’ – United in the Community are launching their eight-week Couch to 5K challenge in Boston on Thursday 12th March to help people turn from ‘couch potato’ to running champs!

United in the Community are launching their eight-week Couch to 5K challenge in Boston on Thursday 12th March to help people turn from ‘couch potato’ to running champs!

Led by a qualified female jog leader, the Couch to 5K challenge is suitable for everyone regardless of experience, and will involve training over an 8-week period with three runs a week – one group session and two individual runs. It will provide an easy way of getting fitter and healthier, and can help you lose weight, especially if combined with a healthy diet.

“Probably the biggest challenge a novice runner faces is not knowing how or where to start. Many people find it intimidating to go out for a run, but our Couch to 5K challenge will provide a welcoming and supportive environment. Often when trying to get into exercise, we can overdo it, feel defeated and give up when we’re just getting started. Couch to 5K works because it involves a mix of running and walking, gradually building up your fitness and stamina,” says Imogen Dawson, Sports Development Officer.

Lincolnshire Sport and the This Girl Can Campaign are supporting the project, and United in the Community are aiming to encourage more people to become physically active, especially women.

Anyone over the age of 16 is welcome no matter what their running ability, with the 8-week challenge costing just £10 with exit routes at the end of the programme if runners wish to carry on. For more information and to take part please contact Imogen Dawson on 01205 364406 or email imogen.dawson@bufc.co.uk 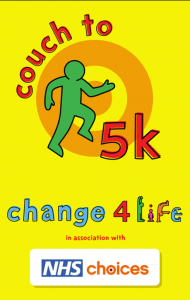