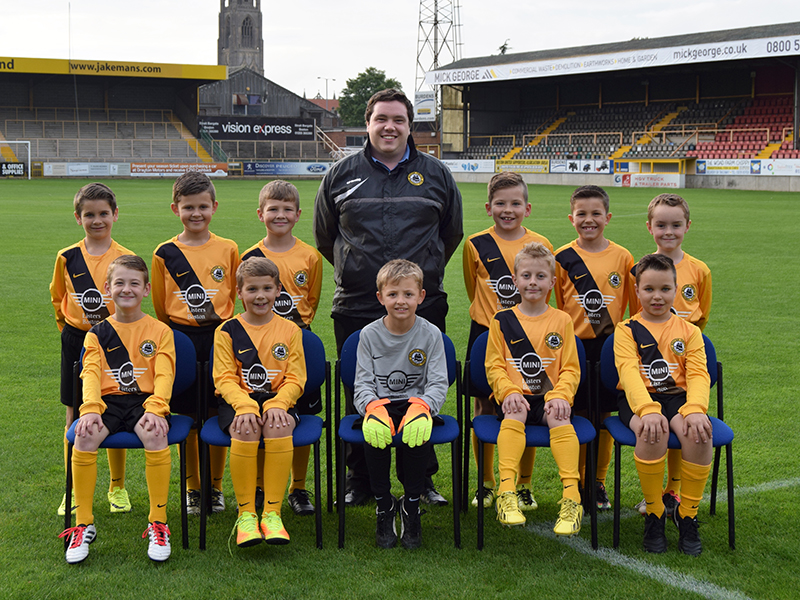 We’re proud to announce Listers Mini in Boston have joined Boston United Community Football Club as kit sponsors for the Under 9 team.

Listers Mini have sponsored the team, who play as part of the Peterborough Junior Alliance League, for the next two seasons. The team will be wearing their brand new Nike kit.

Harvey Hill, Under 9s Coach, said of the sponsorship, “We are thrilled to be sponsored by Listers Mini for the 2015-2017 seasons. We are really grateful for their support, and I would like to offer a huge thank you from myself and my team. We were newly established last year, and the players have really progressed over this last year and I am proud of each of them. We’re really looking forward to next season and we will wear our new Nike kit with Listers Mini logo with pride.”

If you are interested in joining Boston United Community Football Club either as a player or sponsor please contact Ceri Jackson on ceri@bufc.co.uk.