Pilgrims Under 19s draw with KLT 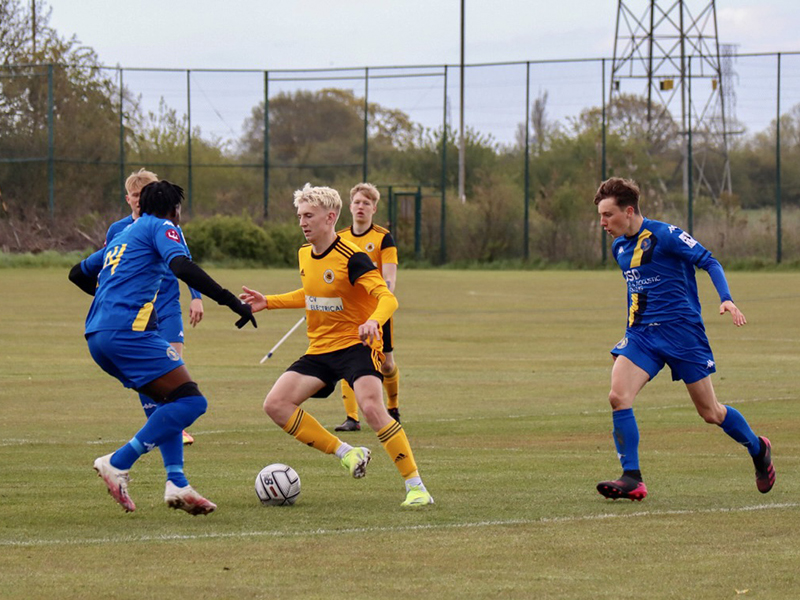 The Pilgrims youngsters took an early lead following some good pressing where the ball broke to midfielder Joe Melson, who got to the ball before his opponent helping the ball over the visiting keeper from some 40 yards out.

Minutes later, the visiting team equalised from the penalty spot after the visiting striker was brought down.

Midway through the first half, the Pilgrims retook the lead, following good link-up play between Ben Robson and Elliot Foster down the left flank, whose cross was dispatched at the far post by Zane Millar.

Before the break, the Pilgrims extended their lead after an excellent diagonal ball by Owen Sheriff and good play down the left by Elliot Foster, who crossed the ball for striker Tom Wilkinson to head home from 6 yards.

The Pilgrims went into the half time break 3-1 up. Six changes were made to the starting XI, where Charlie Earth, Mackenzie Burdass, Ishaan Sumal, Lewis Allen, Niall Johnson were all introduced, and a first appearance was handed to defender Benas Stankevicius, who acquitted himself very well.

The visitors started the second half brightly and put the Pilgrims under more pressure. They pulled back a second goal back after excellent play, with the oncoming striker meeting a pinpoint cross.

The Pilgrims responded with some good attacking play and were close on a few occasions threatening the visitor’s goal.

The visitors broke down the right flank with a minute remaining, where the home team appeared to have stopped for a foul. The referee played the advantaged and quickly crossed the ball for the unmarked striker to head level.

It was an excellent game contested between two good footballing sides, and provided a good work out for both teams.

The Youth Team are back in action next week when they travel to Football CV Stamford on Wednesday 12th May. 2:00pm KO