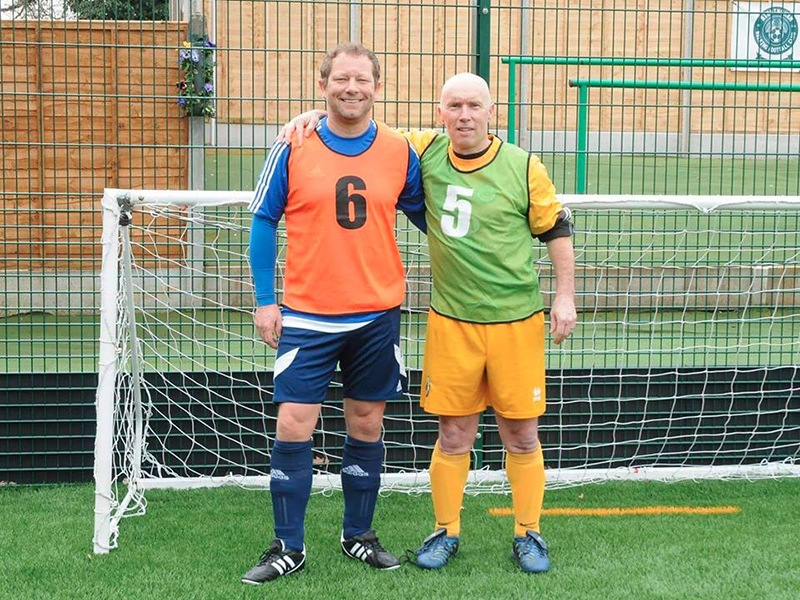 The Walking Football Association said it may take up to three weeks to hear the outcome, however Dave has received an email from Paul Murtagh, WFA England Manager over 50’s, that they’d like him to attend a final trial on Sunday 29th April 2018.

England’s plan was to pick a first team squad and shadow squad of 20 players and prepare them for the European Championships. During the nomination process, however, over 130 players were nominated, and they found the four original trials were very successful and the quality on show from players was superb.

Taking this in to account, and because they have seen increased participation levels in walking football – the England team have decided to change their approach and offer a final stage trial to evaluate players and finalise the squad.

They have invited 30 players to the final stage selection and training day at Solihull Football Centre – one of whom will be Dave. They will then select 10 players to play for England over 50s walking football team when they play Italy on Sunday, 13 May at Brighton and Hove Albion’s Amex Stadium. Following this game, they will then announce the players who will form the shadow squad.

“Although it looks like Martyn hasn’t been selected – I would just like to say how incredibly proud we are of both players. To even be nominated to trial for a chance to represent your country is a huge achievement in itself. We would like to say GOOD LUCK to Dave in this final selection process and congratulations – this is an incredible achievement, and to be only one step away from pulling on a shirt to represent your country is fantastic so well done,” Ceri Jackson, Marketing Manager.

Following the initial trial, Dave shared the experience with us: “We both felt it went well and were satisfied with how we did. We gave everything that we had to give. The 4G pitches at Solihull and the facilities were excellent and the organisation was first class. The quality of players trialling, and the standard of football were both high as you’d expect. I’d like to thank our senior player and photographer Brian Keates who kindly chauffeured us there and took photographs. To say I was chuffed when I received the email form Paul is an understatement – double-fist pump was my first reaction!! It’s been worth the hard work and preparation so shall take the same approach and give my best for it again!”

If you’d like to find out how Dave gets on, please keep an eye on our Facebook page for updates following this final trial in April – www.facebook.com/bufccf.