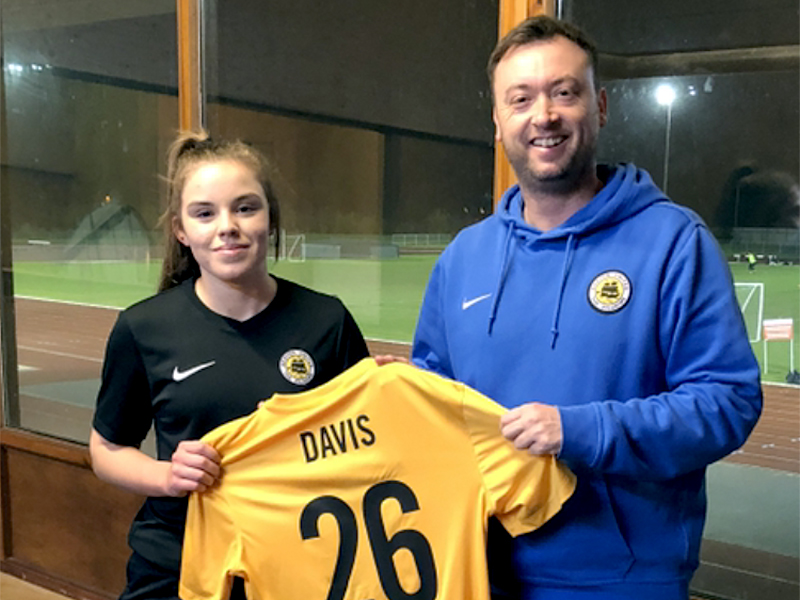 Pilgrims youngster Sam Davis has become the youngest ever player to feature for Boston United Ladies, when she came on against Appleby Froddingham last Sunday 12th November.

At 16 years and 8 days old, Sam replaced Tabitha-Harrison-Traves in the 78th minute against the Scunthorpe based side – meaning her appearance has surpassed the previous record holder Olivia Clark for the Ladies. Olivia made her first competitive appearance for Boston United at just 16 years and 18 days against Greenbank in September earlier this season.

Sam, who also plays for the club’s Girls Regional Talent Club Under 16s, was called up to the senior squad on Thursday following some promising displays for Boston United’s Girls RTC junior sides this season.

Boston United Ladies Manager Nick Reeson said, “Sam is a player we have been watching over the last few months and felt deserved an opportunity. I’m always keen to introduce our younger players into the senior side when the time is right. We have some very good young players here at the football club throughout all of our age groups, and I’m hoping that Sam is the first of other Under 16 players to be introduced in to the senior squad within the coming months.”

Sam was one of four 16 year olds included in the match day squad. “We have a good group of younger players here within the senior squad with a third of the senior squad aged 18 or under. We are hoping by taking this approach and giving our younger players the opportunity to gain experience playing senior football it will prove dividends in helping the club climb up the women’s football pyramid.”