We currently have two Under 19 Youth Squads at Boston United – our Under 19 Advanced youth squad who play in The National League football academy North league. They also compete in the prestigious FA Youth Cup, alongside the Youth Alliance League Cup and the Midland Youth Cup.

We also have an Under 19 development youth squad who compete in a local schools and colleges league.

Both teams are made up of young male players who are also enrolled and study with Boston United. We also feed our academy U16 players in to our U19 squads, as well as other local talented players. 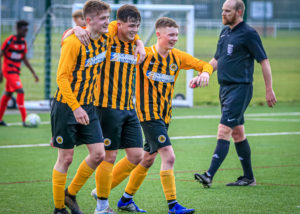 We strive to provide the best quality footballers in the local area to ultimately play for the Boston United first team in Vanarama National League North.

Boston United Football Academy are passionate about developing young football players, helping them to excel both on the pitch and with their education. We want to give every player the opportunity to succeed in the football and sport industry, whether that’s a career in football, sport or playing professional football.

Working with a high quality education provider, we offer a variety of sports qualifications to help develop and further our players’ education. This is completely FREE to all students aged under 19. For more information about the sports courses available with Boston United, please click here.

Our long term goal is to produce players that are good enough to sign for Boston United’s first team, and help them to succeed in professional football.

Over the years, we have signed a number of youth players to the first team – including Jake Frestle, Harry Vince (who has also represented England C-Squad), Ryan Pratt, Taylor Gray and Jack Withers who went on to sign a professional contract with Premier League club Swansea City. 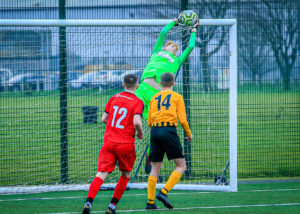 Our Academy’s advanced youth team plays in The National League U19 Football Academy North league, and our development squad play within a local schools & colleges league.

Players receive professional football training (minimum of 8 hours a week) with our qualified coaching team, as well as video analysis of competitive fixtures and training.

Players are also given the opportunity to play for other professional clubs, helping to further develop their skills and experience. This will be discussed and agreed with the Head of Youth throughout the season.

Working with our high quality education provider, we offer a variety of sports qualifications so players can develop and further their education. This is completely FREE to all players who are aged under 19 on 31 August of the year you start the course.

The facilities at the stadium will include a brand-new Artificial Grass Pitch (which is due for completion by the start of the new academic year) and construction has also commenced on the new sports hall which will provide additional indoor facilities in the longer term.

If you would like to speak with us about joining Boston United for the new academic year, please email academy@bufc.co.uk.