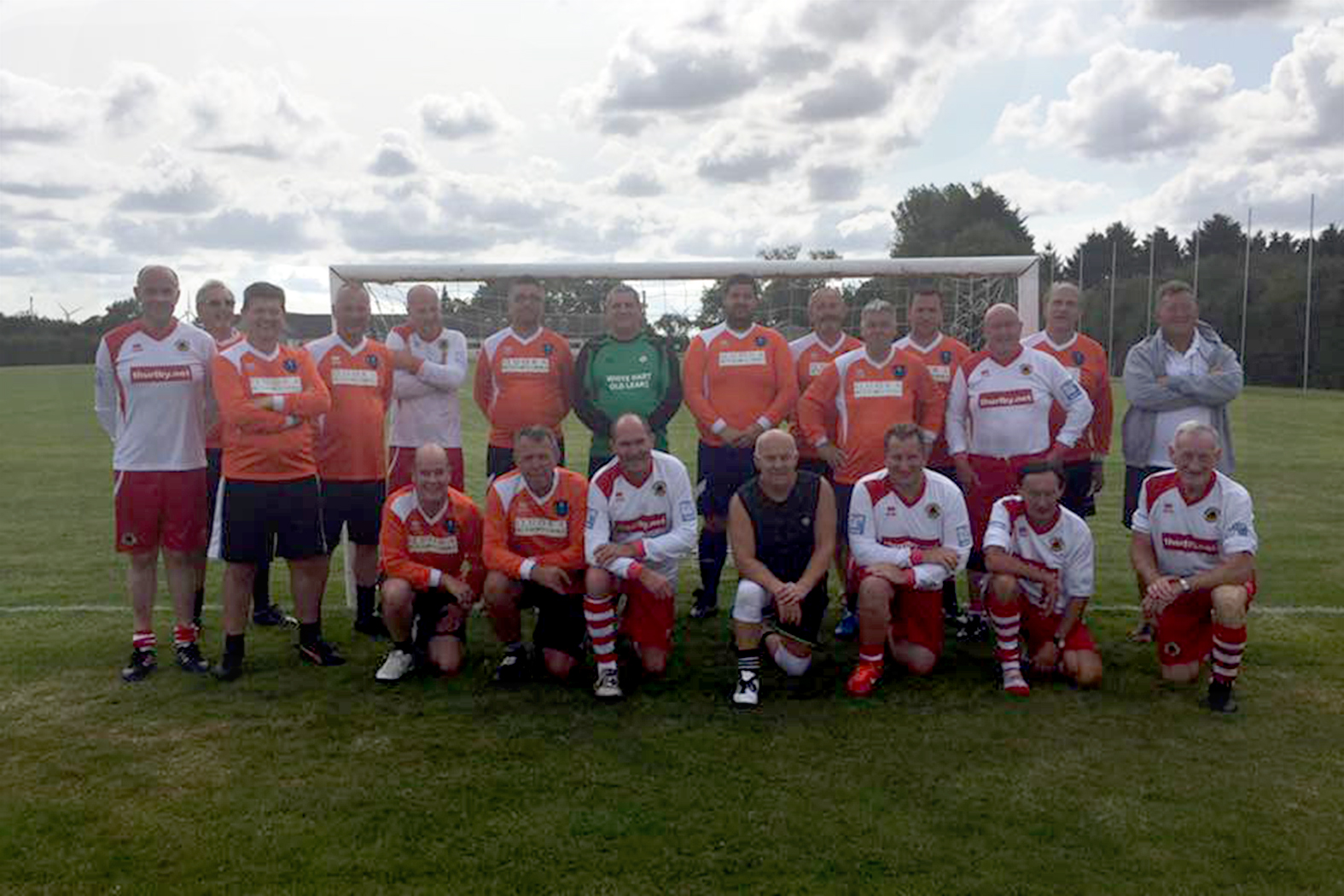 One of our walking football teams played a friendly against Louth on 20th August. A fairly new team, they have a 30 to 80 years’ age group so this put us against a fresh new challenge as we are mainly over 50s.

Player Mick Lawson shared an update with us: “What a great bunch of lads to play against! Very good games, very sporting and what a great referee they have who picked up on everything especially off the ball running which sometimes go unseen by a lot of referees! I must mention Louth’s goalkeeper who made a triple save at one point, and made numerous other great saves! We hope to invite them to our patch soon for a return match! I wanted to wish Louth all the best as they continue to grow as a club and I look forward to seeing them again soon!”

Another one of our players, Danny Tempest shared his experience too: “You couldn’t have wished for a better morning of walking football. Brilliantly refereed and the first time I’ve seen a blue card issued for persistent running. We must play these lads again. Just to add the statistics, the Boston United team were: Brian Neal (C), Brian Keats, Geoff Ward, Darren Templeman, Mick Lawson, Chris Bradford, Mark Joyes and Danny Tempest. We played a 7-a-side game restricted to three touches. Darren Templeman opened the scoring with Louth equalising in the second half. The score full time was 1-1. The final game was 8-a-side under the normal laws of walking football. Boston ran out 2-0 winners with goals from Darren Templeman and Mark Joyes. Very well played everybody. From one goalkeeper to another I cannot praise the Louth keeper enough. Take a bow son!”

Any player who is aged 45 years or over, male and female, who is interested in reliving their youth and playing walking football – you’re all welcome to join Boston United! We train on Monday evenings, 7pm to 8pm and Thursdays 5.50pm to 6.50pm at Peter Paine on the astroturf.