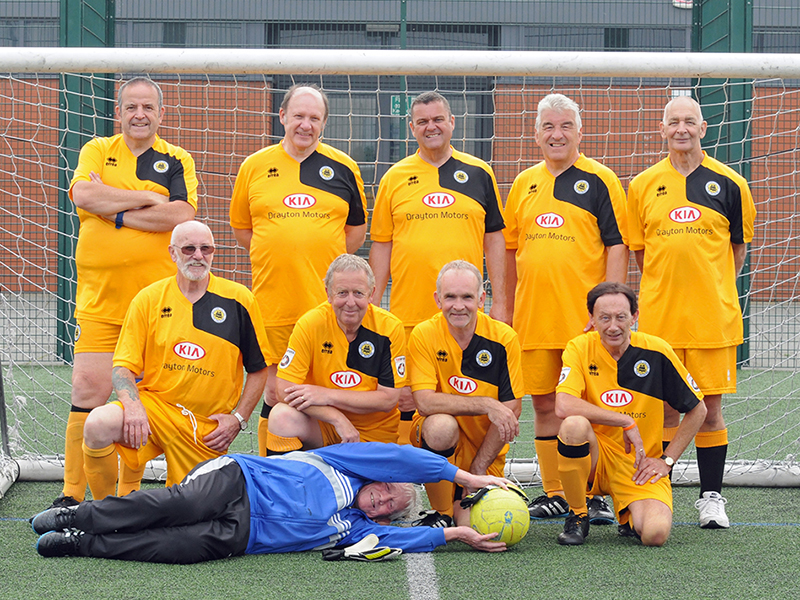 Our Walking Football team recently took part in a 7-a-side football tournament held by Ancient Mariners at Bradley in Grimsby, and hosted by Lincs Inspire.

We took a squad of 10, and it was an excellently-run tournament organised by Michael Hill, Paul Goodhand and Peter Cribb (who are good friends of the team).

Our team, aptly nicknamed the “Pilgrim Grandfathers” lost three games against Hornsea, Grimsby Athletico and Stamford, drew with Real Grimsby and beat dutch side SEV Strollers with a goal from the penalty spot. The team eventually went out 8-7 on penalties in the Plate Semi-Final.

All the players have said what a fantastic day they had, and would like to say many thanks to their hosts, The Ancient Mariners who were also raising money for a very worthy cause Prostate Cancer UK.

If you are aged 45 and over, and would like to take part in our Walking Football sessions you are welcome to come along! They take place on Mondays 7pm to 8pm at Peter Paine Astroturf, and Fridays 6pm to 7pm at Kirton Middlecott. For more details please call (01205) 364406 or email Team Manager, Dave Scotney on dave.scotney@bufc.co.uk.

If you’d like to sponsor our Walking Football team, please email ceri@bufc.co.uk.